Here are a few pictures of my current everyday car, a luxury 1982 Austin Allegro Estate 1.5HL (Metallic Blue and Rust coloured.)  Notice the smart round headlamps (fitted when the original square ones rusted out) and the slightly off-colour driver's side wing.  The rust around the rear wheel arches and the slightly dented front panel are nice touches too.  As are the extremely juddery clutch, the enormous thirst for oil and the clouds of blue smoke it leaves behind it wherever it goes.

Other than these mere flecks on the car's character, it is a wonderful beast which has never let me down in 3 years.  Never let me down, but embarrassed me on more than several occasions.  (Exhausts falling off, suspension leaning wildly, dodgy clutch slave cylinder causing it to grind loudly whenever it went into gear, a bonnet catch that releases at high speeds, windscreen wipers that stop on their own in the pouring rain or that won't stop at all when it's perfectly dry, brakes that squeal loudly especially in the early hours outside my neighbours' houses etc. etc...) 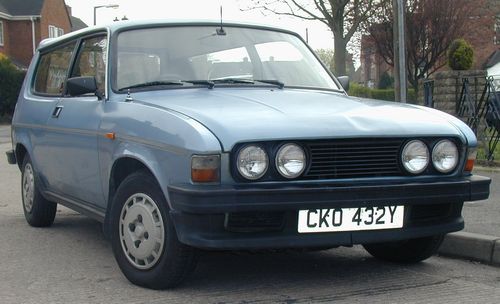 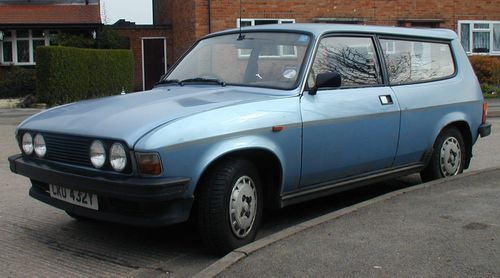 Back to Mikey's old car page.