To kick this page off, here's a picture of a record player.  Gasp.

This first (and only) exhibit is an Ekco RP329 record player.  I haven't the faintest idea where it came from; I've had it for many many years.  The deck is a standard Collaro auto-changing affair with a ceramic cartridge (Although it's missing the end cover from it's swivel-cartridge.)  It still produces a remarkably good sound, presumably because of it's push-pull valve output.  All the unit needed was a damn good clean and a few wax capacitors replacing which my mate Rob Ingleby and I sorted out in no time at all. 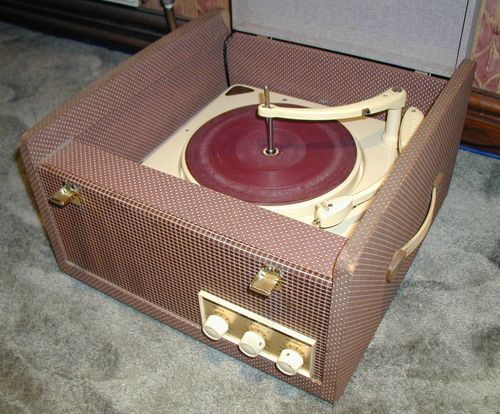 Back to Mikey's Home Page